Buried paleosols provide paleoclimatic proxies through the geologic history of the Earth and they are espe-cially useful for the Quaternary period. There are numerous studies on surface paleosols that prove relic features in modern soils, and it is now a common view that surface soils in Quaternary sediments are mostly polygenetic and represent pedocomplexes. In surface-near paleosols, relic pedogenic features are welded with modern ones, which were formed by present-day climatic influences. In this context, paleosol horizons can regulate recent pedogenesis and influence soil forming rates as well as weathering intensity in an essen-tial way.
Our research concentrates on the investigation of polygenetic soils with shallow buried paleo-horizons in various climatic environments and stratigraphic settings. In order to decode polygenetic structures, the study sites relate intensively welded and compressed profiles with polygenetic soils of the uplands to multi-layered sequences with monogenetic soil horizons in concave slope positions. As the well-developed and loess-bearing slope deposits allow for OSL dating, our approach enables the construction of a chronologi-cal framework also for short and compressed soil profiles. For Germany, the studies are based on an N-S transect and Austrian study sites are oriented in W-E direction. Main emphasis is placed on former perigla-cial environments and sediments, considering different climatic conditions as e.g. increasing continental influences. In both study areas, the parent material of selected soils consists of loess, slope deposits, as well as periglacial cover beds, and in general, paleosol components and residual horizons are involved in periglacial deposits. The impact of paleosol material on modern pedogenesis and weathering intensity forms an essential aspect of the research. It is intended to highline the relevance of shallow buried horizons as an important proxy for sedimentation stages and geomorphodynamics in the Late Pleistocene. Methodo-logical approaches comprise multi-scale analyses, which feed innovative database concepts, e.g. machine learning and optimized image analyses procedures. In order to establish comparable information levels of the study objects, the development of the database and homogeneous registration procedures are crucial. The information pool is further combined with numerical datings which allows for reconstruction of the strat-igraphic context of the Upper Pleistocene sediment layers in both study areas. As a main outcome, ob-tained data levels lead to the understanding of soil and landscape dynamics under different and changing climatic impacts. 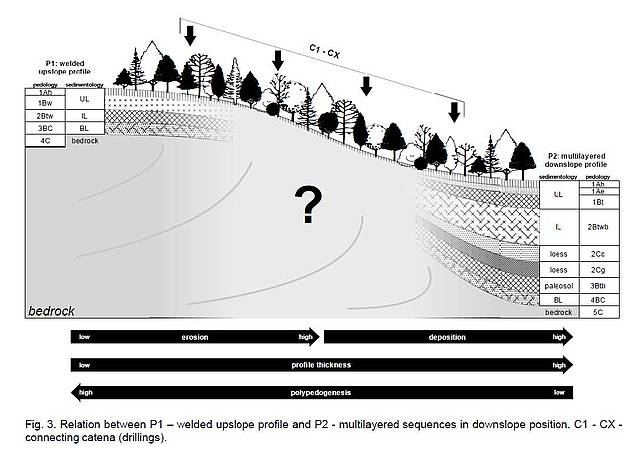 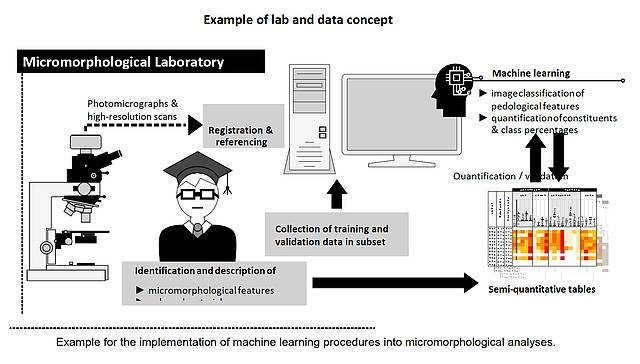